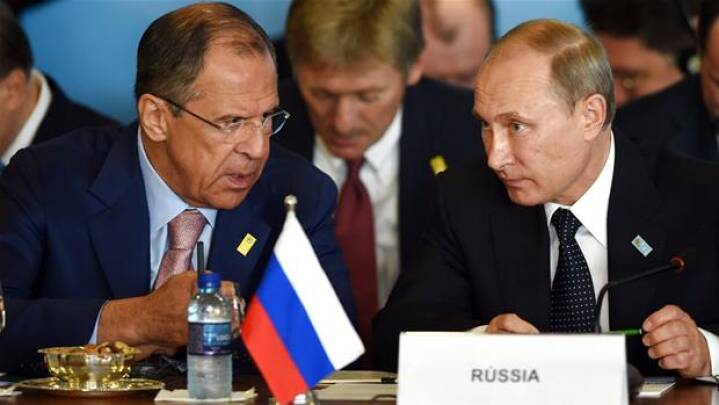 Nato planes were scrambled 10 times in a six-hour period on Monday in response to an "unusual peak" of Russian flights in several areas, the Western military alliance said on Tuesday.

There was no immediate response from Russia, which recently accused Nato of following a path of confrontation.

Jens Stoltenberg's call last week was backed up by US Secretary of State Antony Blinken, on a visit to the alliance's headquarters in Brussels, when he proposed a "relationship with Russia that is at least predictable and stable".

According to Nato, while the Russian military aircraft never entered its member states' airspace they did not transmit transponder codes so posed a potential risk to civilian flights. The alliance said the interceptions involved six groups of Russian planes:

Relations between Moscow and Nato deteriorated in 2014 when Russia seized Crimea from Ukraine and Russian-backed rebels took over areas of eastern Ukraine.

They have been further strained by a dispute over the Nord Stream 2 gas pipeline from Russia to Germany which is opposed by the US. Mr Blinken has warned that any companies involved in the project risk US sanctions.

Nato Secretary General Jens Stoltenberg called last week for Russia to resume dialogue in the form of the Nato-Russia Council, which has not met since 2019. Russian Deputy Foreign Minister Alexander Grushko said Nato was unable to get rid of the habit of seeing Russia as a "threat from the East".

Meanwhile, a 2020 ceasefire in Ukraine, which is not a member of Nato, has come under strain with both sides blaming each other for the rise in violence. Ukraine's commander in chief, Ruslan Khomchak, has accused Russia of waging an "aggressive policy" and sending Russian troops close to Ukrainian borders.