Criminal cases solved with the help of ghosts 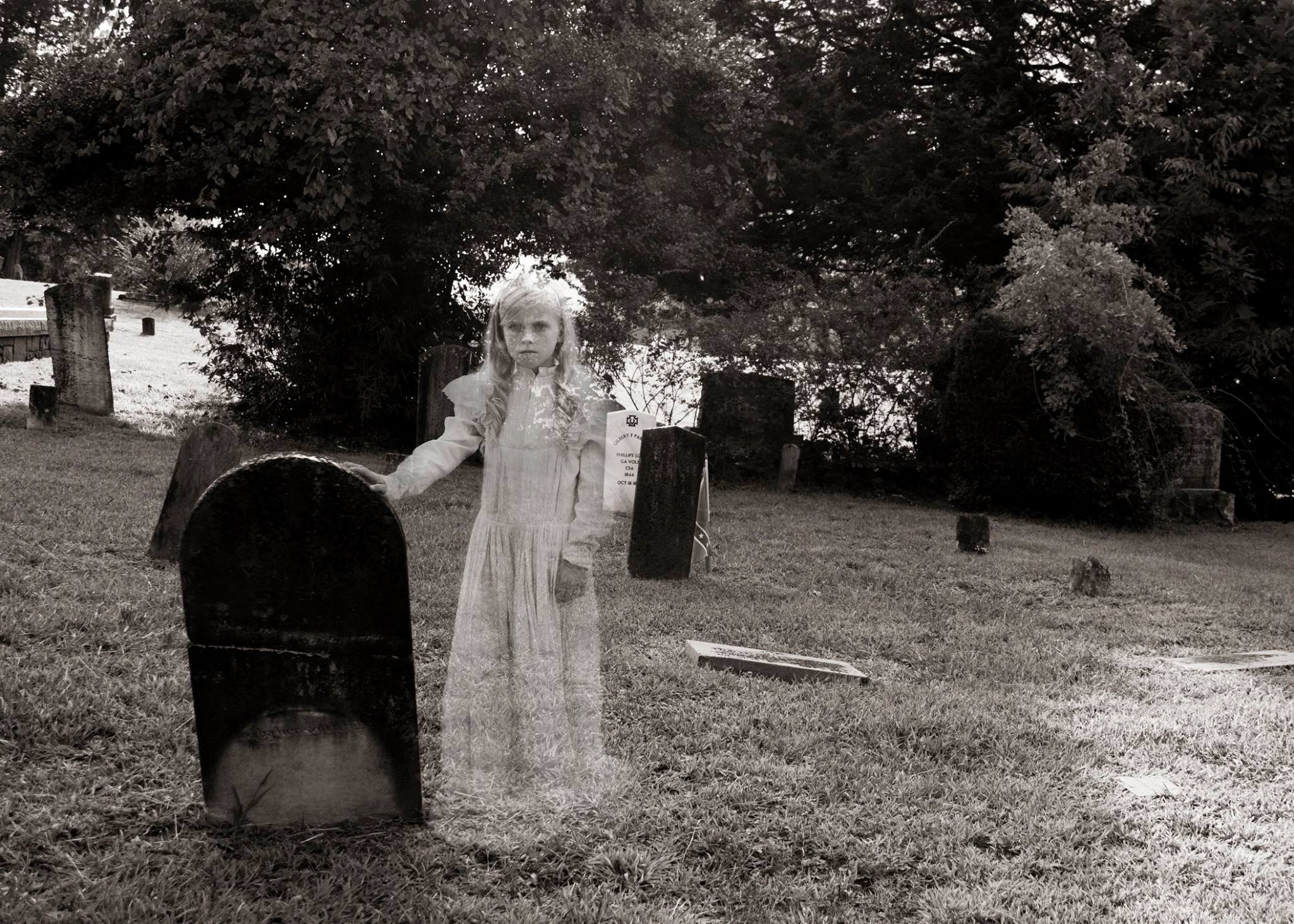 Our research finds Israel and Denmark Police have been using exorcists or detectives who can communicate with spirits by summoning the ghost, to solve unsolved murder files for over a decade. It resulted in identifying 70% of the suspects.

Criminal cases solved with the help of ghosts

It is well known that generally, when an unnatural death takes place, the victim’s spirit makes efforts to ensure that the truth is revealed and does not rest in peace till due punishment is meted out. Each spirit chooses its own mode of bringing the truth to light. For example, some choose to appear in a relative or friend or someone’s dream or directly before them and narrate the details of what happened to them. Some spirits force the culprit to make an admission of their guilt.

In fact, there are several oft cited cases where the law has been guided by a spirit. For instance, here’s a quick recap of the case of Anne Walker, whose spirit was unable to find peace until the two men who murdered her were arrested and hanged is on record. Its seems that late one night in 1681, a miller, James Graeme, of County Durham, England, was accosted by the hideous ghost of a young woman. She was drenched with blood and had five open wounds on her head. She told Graeme that her name was Anne Walker and that she had been murdered, with a pickax, by one Mark Sharp acting on instruction from a relative of hers, also named Walker, by whom she was pregnant. She made it clear to Graeme that unless he gave the information to the local magistrate she would continue to haunt him.

Refusing to believe what he had experienced, Graeme did nothing. But after the apparition appeared, pleaded and threatened twice more, he went to the authorities with the grisly story. A pit identified by the ghost was searched, and Anne Walker’s body was found. Sharp and Walker were arrested, tried, found guilty and hanged. Anne’s spirit, thus avenged, did not appear again.

The First known case in which testimony from a ghost helped convict a murderer:

In 1897, a West Virginia woman named Elva Shue, wife of local blacksmith Edward Shue, was found dead by a neighbor. She was discovered lying at the foot of some stairs, her body in an awkward pose. After a cursory examination, a local doctor deemed the death natural and proceeded with her burial. And that would have been the end of the case -- except that the ghost of Elva Shue was having none of it.

The reason Elva was never properly examined was that Edward methodically kept anyone from inspecting her neck and head, cradling it obsessively and becoming aggressive when the coroner came anywhere near her. Then the new widower acted strangely during the funeral process, allowing only a cursory examination of the body and keeping her neck covered in a high-necked dress and scarf. If this were an episode of CSI, everybody would be screaming at the screen that Edward clearly murdered his wife. But despite this super suspicious behavior, the doctor didn't feel right to press the issue and listed Elva's cause as death first as "everlasting faint" and then "complications from pregnancy." And because this was the 19th century, people had no trouble believing women could die merely from being women.Elva's mother, Mary Jane Heaster, hadn't liked Edward, and despite a lack of evidence, she was convinced he had murdered Elva. But given that both "investigating crimes properly" and "taking women seriously" hadn't yet been invented in 1897, Mary Jane could do nothing but pray that somehow the truth would come to light. Then, for four nights in a row, Elva herself supposedly appeared in Mary Jane's dreams, explaining that her husband had crushed her neck because he hadn't liked his dinner. To prove that her spinal cord had been severed, Elva's ghost turned her head around 180 degrees, then walked away while staring at Mary Jane. A creepy thing to do to your mother, but at this point it seems clear that Elva wasn't fucking around.

Mary Jane took this revelation to the local law guy, John Preston, and we'll never know whether Preston believed her or simply wanted to get the crazy-sounding woman off his back, but her panicked ramblings convinced him to look into the case. After learning about Edward's strange behavior, Preston, the only competent non-dead person in this story, ordered the body to be exhumed. It took him about five seconds to conclude that, indeed, Edward killed Elva.

However, the strangest part of the story isn't the claims of Elva haunting her mother or twisting her neck like an owl to light a fire under her ass -- it's that all this ghostly nonsense held up in court. During Edward's trial, Mary Jane was allowed to testify, and while it was Shue's lawyer's intention to make her look like a crazy old lady, this backfired horribly when Mary Jane stood her ground and managed to convince the jury of what she had experienced. The trial's acceptance of this ghostly evidence has led some to call it "the only known case in which testimony from a ghost helped convict a murderer," which is emblazoned on a plaque celebrating Elva Shue, who got her killer from beyond the grave.

In 2013, Adrian Daou confessed to the murder of Jennifer Stuart, claiming that after he committed the crime, he went for a walk and saw the ghost of his victim. Since that day, Daou claims he started believing in God and belatedly concluded that "it's not a good thing to kill someone." It's not the most inspiring religious conversion on record, but then, Daou also committed the murder because he thought it would help his rap career, so maybe he's not the best person to take life advice from.

In April 2017, serial killer Terry Childs confessed to two murders while serving time for three more. Childs says he was being "eaten up" by his victims Joan Mack and Christopher Hall. And no, he didn't mean in the abstract sense of overwhelming guilt; he told police they were in his cell, staring at him and "eating up his brain." The two new crimes he confessed to occurred in 1984 and '85, which makes these some pretty damn persistent ghosts.

In January 2017, Jose Ferreira confessed to a 1982 crime wherein he pushed 13-year-old Carie Ann Jopec down a stairway to her death because she refused to have sex with him, which hits about every number on the "male monster" bingo card outside of the school shooting category. Her mother credits Jopec, rather than the police, for solving the crime, because 33 years after she was killed, Ferreira claimed that the girl's spirit had been haunting him and confessed.

In 2014, Pope Francis recognized for the first time the International Association of Exorcists (IAE) with 250 members from 30 countries. Since then Pope has appointed Lars as the only authorized exorcist for the kingdom of Denmark.

Lars is a pastor of the Catholic Church, an exorcist and Vicar General of the Catholic Church in Denmark. The Danish National Church's guide to casting out demons is 300 years old and still exists, and renunciation of the Devil is part of the faith.
During 2011 to 2021, Lars har an average 5 clients a day in which some of them appeared to be Police officers asking him to help find criminals. As an exorcist, Lars knows how to communicate with unknown creatures, between them the ghosts of the victims who for some reasons are still allowed to communicate with some people including Lars.

We at Terror_Alarm are waiting for confirmation from the Nordic Evangelical-Lutheran churches and The Copenhagen Police, before we can declassify the specific cases that Lars and his team of exorcists have soved for the Police.

A psychic detective is a person who investigates crimes by using purported paranormal psychic abilities. Examples have included postcognition (the paranormal perception of the past), psychometry (information psychically gained from objects), telepathy, dowsing, clairvoyance, and remote viewing. In murder cases, psychic detectives may purport to be in communication with the spirits of the murder victims.

Although there are documented cases where individuals claiming psychic abilities have assisted police in solving crimes, there is considerable skepticism in regard to the general use of psychics under these circumstances. Many police departments around the world have released official statements saying that they do not regard psychics as credible or useful on cases with the exception of those who work in Danish, Israeli Police or those who are recruited by the CIA.

Meet The Medium Who Helps Law Enforcement Solve The Unsolvable: 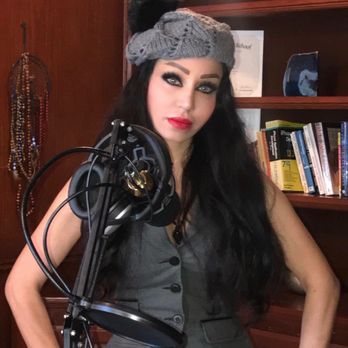 enforcement, private investigators and the DA in solving cold cases. Johansson has been a practicing medium, clinical hypnotherapist, and holistic healer for over 25 years. She has been working with countless celebrities, corporations and individuals and is being followed by millions of people on social media.

Johansson explains the first time she first realized that she had a unique gift, "The first time I realized I had this gift was when it was validated by the people around me. While receiving messages or seeing images in my mind wasn't something new to me, it wasn't something I really understood. However, this changed when I was around six years old. One evening, a family member of mine was at my grandmother's home and when they were about to leave, I blurted out (as a child would) "No! Don't go! There's going to be an accident!" My grandmother was horrified and my family started to question why I would say something so terrible. I was confused and didn't know where the information was coming from, but I just said that I knew and to please not leave. My message was received as an overactive if not morbid imagination, and the guest left. Shortly after, they were in an accident, although it was not anything major. This was the first memory I have of relaying one of these images to others around me and realizing that they may not just be figments of my imagination."

Although she began receiving messages and information at a very young age, she did not start to publicly use her gift until early adulthood along with volunteering her time to solve cases in more recent years. The first case Johnsson every solved was during her time living in Stockholm. One of her neighbors had gone missing for a few days when she started to sense something went terribly wrong. "I went to the police so I could share with them the information I was picking up about the whereabouts of their body. Again, this kind of gift is inexplicable, but what I shared with the police allowed them to locate the woman's body and essentially led to a charge and arrest of the perpetrator," explains Johannson.

Johannson has worked heavily with local, state and federal law enforcement to help solve mysterious disappearances, gruesome crimes, and cold cases. Due to law enforcement publicly using psychics to solve cases, the CIA conducted a study to legitimize how viable and valuable using mediums could be. Out of eleven officers at different police agencies interviewed, eight officers said using a psychic provided them with otherwise unknown information. Three out of those eight officers found missing bodies through the use of a psychic. While it can be seen as a scam to use psychics in cases, Johansoon suggests to heavily research the individual and fact check with their previous clients before hiring them in your investigation.