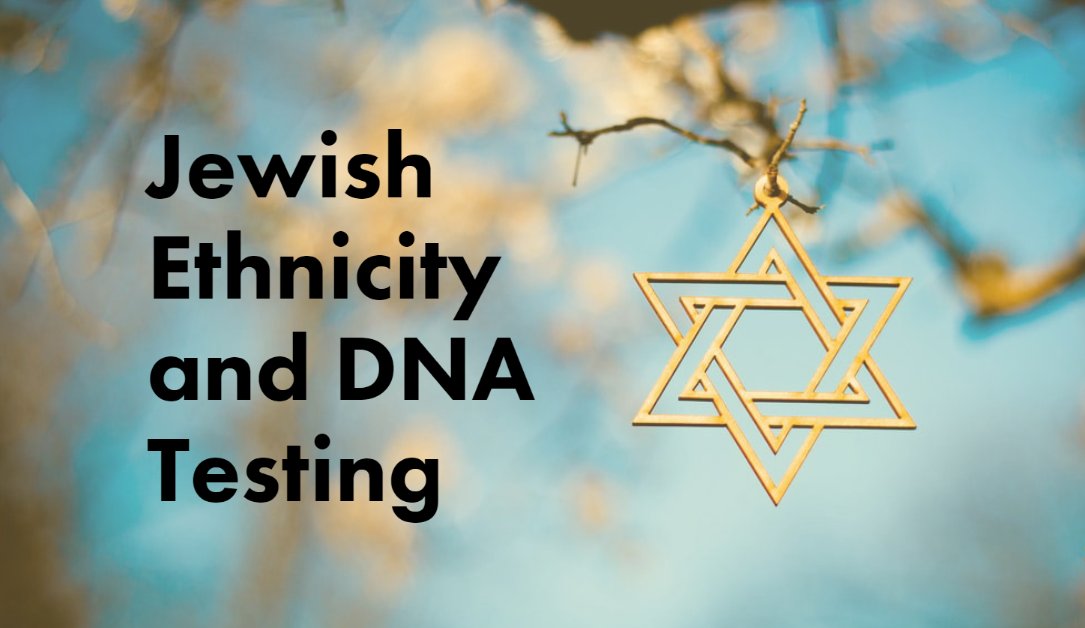 The Israeli State recently begins to use genetic tests to determine whether potential immigrants are Jewish or not. This development would demand a rethinking of Israeli law on the issue of the definition of Jewishness. In this article, we discuss the historical and legal context of secular and religious definitions of Jewishness and rights to immigration in the State of Israel. We give a brief overview of different ways in which genes have been regarded as Jewish, and we discuss the relationship between this new use of genetics and the society with which it is co-produced. In conclusion, we raise several questions about future potential impacts of Jewish genetics on Israeli law and society.

Masha Yakerson, like many of her Jewish, college-age peers, attempted to sign up for a Birthright Israel trip in the summer of 2013. Birthright told Yakerson, whose family is from Russia, that to prove that she was Jewish, and eligible for the trip, she would need to take a DNA test. Birthright claimed that the test was required by the Israeli consulate, and further that a DNA test would be required if Yakerson ever wanted to make aliyah (immigrate to Israel).

Yakerson's father called the policy ‘blatant racism toward Russian Jews’. Generally, the requirements for teenagers from other countries to participate in Birthright are much less stringent and many participants do not meet strict definitions of Jewishness. In fact, ‘since Taglit-Birthright doesn't accept candidates who have visited Israel before, its participants often come from nonaffiliated homes, many of them the products of mixed marriages’. Historically, ‘trust was the default position’ to determine if someone was Jewish. It is only more recently, in ‘an era of intermarriage, denominational disputes, and secularization’ that doubt and skepticism have become the norm.

After the news of this one student's experience made headlines, the Israeli Prime Minister's Office confirmed that many Jews from the Former Soviet Union (‘FSU’) are asked to provide DNA confirmation of their Jewish heritage in order to immigrate as Jews and become citizens under Israel's Law of Return. According to one source, the consul's procedure, which was: "approved by the legal department of the Interior Ministry, states that a Russian-speaking child born out-of-wedlock is eligible to receive an Israeli immigration visa if the birth was registered before the child turned three. Otherwise a DNA test to prove Jewish parentage is necessary."

The State of Israel defines itself as the homeland of the Jewish people, making it ethno-national in its own self-image and raising perennial concerns over who is a Jew, how this can be determined, by what credible means, and what exactly this says about the ‘legal nature’ of citizenship in Israel. The recent turn to genetics is an attempt to develop an objective, scientific means of defining the boundaries of the Jewish population.

In light of the ambiguities around the materiality/immateriality of the basis of Jewish ethnicity, its connection to the State's founding narrative of exilic return, and its impact on rights to citizenship, it is not yet clear how and why biological definitions of Jewishness are becoming an important part of the way Israelis understand their Jewish ethnicity as something rooted in the body, transmitted by genes, and shared by the national group.

Scholar of Science, Technology, and Society, Sheila Jasanoff, recently wrote that ‘periods of significant change in the life sciences and technologies should be seen as constitutional, or more precisely, bio-constitutional in their consequences’. Given that Israel has no formalized constitution, the recent advent of genetic tests for Jewishness necessitates a rethinking of Israeli law regarding the State's definition of Jewishness, and rights to citizenship.

While racial divisions are classically ideological, high-tech science has entered the arena, and has further complexified the borders of Jewish identity and ethnicity. Molecular genetic tests can now be used to measure individuals’ whole genomes, and scientific research has begun to describe the genetic basis for a common ancestry of the whole of the Jewish population.

There are three key ways in which Jewishness has moved to the molecular realm, with genes being defined as Jewish: population genetics; genetic testing for both disease and Jewish identity; and human ova and sperm donation, as in the field of assisted conception. In these different conceptual arenas, Jewish genes and inheritance are defined in different ways, opening up a wider space of ambiguity around Jewish identity and definition.

With population genetics or ‘tracing Jewish history through DNA’, these types of studies attempt to trace Jewish history through genetics, and elucidate a common historical origin of the Jewish people in the biblical land of Israel. Here, Jewishness is determined by genomic analysis as ‘statistical probabilities that DNA haplotypes will be more prevalent’ within identified groups. But the presence of a certain haplotype within an individual is not a guarantee that the individual is Jewish or not. Moreover, the historical claims that are entangled with these scientific studies are heavily debated.

The Cohanim Modal Haplotype (CMH), the Jewish genetic marker that has received the most attention, was first publicized in the journal Nature in a study that identified six differences in the DNA sequence of male Jews that identified as Cohens or Cohanim (Jewish priests). Some scientists think that the Cohanim signature could represent the inheritance of over 100 generations from the founder of the patrilineal genetic line. The signature is traced to a date over 3000 years ago, in accordance with the oral tradition that the Cohens maintain a line of patrilineal descent from Aaron, the first Jewish priest.

In the second domain of Jewish genetics, inheritable diseases common in Jewish groups, DNA mutations can be read to indicate a higher likelihood of developing a specific disease. Consequently, there has been a move to test individuals for genetic markers of disease before they form partnerships and have children together.

The third sphere of Jewish genetics is in assisted conception, which resonates with the Jewish tradition and its emphasis on fruitful reproduction. Accordingly, Kahn found that the Orthodox Jewish community has been receptive to the use of technologies to assist with fertility and has developed approaches to reconcile the genetic realities with Jewish law. Many rabbis will permit married couples to use non-Jewish genetic donor material when no other measures exist to solve infertility challenges, and since Jewishness is halakhically passed from mother to child, non-Jewish sperm can create a Jewish child if the mother is Jewish. However, the inheritance of Jewishness is problematized when a surrogate mother carries a baby. This begs the question of whether a baby who has genetically Jewish parents, i.e. who donate the egg and sperm, but who is carried by a non-Jewish surrogate, will be deemed Jewish. In a recent case with those facts, a rabbi opined that the baby technically had three parents, and because the surrogate was not Jewish, the child was not Jewish. Although most rabbis believe that the mother is determined by gestation and birth, some ‘recognize both the genetic and birth mothers as having maternal status’. A minority believe that if Jewish parents contribute genetic material ‘the child's status should follow that of the genetic/intended social mother’.

The DNA tests described by the Prime Minister's Office and brought to light by Yakerson's case suggest a policy decision to enshrine Jewishness at the level of DNA, render ‘Jewish genes’ legally legible by the State, and make DNA signatures a basis for basic rights and citizenship. In practical terms, Jewish genes are ambiguous entities and often do not match legal definitions of Jewishness. For example, non-Jewish donor sperm and ova can be used in assisted conception clinics to produce babies that are legally Jewish in the eyes of the State, though only if the gestating womb is Jewish. DNA markers that could be read as Jewish on an individual level, however, need not be identified in these individuals. Conversely, a child could have Jewish genetic material, but without a Jewish mother would not be considered Jewish. These varying possibilities point to the ambiguity or outright contradictions across the field of Jewish genetics and the rabbinical sphere.

In fact, the religious Orthodox community has had a mixed response to the increase in genetic technology among Jewish definition and reproduction. In general, they have embraced the genetic tests, and have relied on them to ensure safe and healthy reproduction. However, when it comes to genetics as a means of testing Jewishness, many rabbis remain skeptical. One rabbi said he believed genetics could be a ‘consultant’ to Jewish law. For other rabbis, concerns remain about the ‘dangerous eugenic overtones.’

Alternatively, genetic tests offer the possibility to legitimize those whose Jewishness is often questioned. For example, an Eastern European woman in Israel sought rabbinic permission to marry. ‘To bolster her claim for a marriage license, [she] … had her DNA analyzed’. The DNA test ‘tipped the balance in her favor’ and the ‘rabbi granted her a marriage license as a bona fide Jew’.

Further, underserved Jewish communities in Israel, whose Jewishness is questioned, could benefit from proof of authentic Jewishness. For example, the Lemba people of southern Africa not only claim descent from a tribe of Israel with descent passed from father to son, and maintain some Jewish traditions such as a kosher diet, but ‘[t]he CMH appears in the Lemba with a frequency similar to that in the general Jewish population (in just under one out of every ten men)’. This adds support to their demands to be treated as equals. Although arguably claims for equality should stand on their own, and not depend on proof of Jewish lineage, the marginalized groups of the Beta Israel of Ethiopia, the Kuki-Chin-Mizo from Northeast India, or the Lemba, could all likely benefit from scientifically certifiable Jewishness to support their campaigns toward equal rights.

Regardless of the indexical power or validity of these genetic tests, when they are recognized by the State, the reality of Jewishness as a measurable biological category can implicate access to basic rights and citizenship in Israel. Kahn thus argues that genetic studies must be read within the larger sociopolitical context where the meaning of claiming Jewish identity can make a direct impact in terms of access to rights and resources.