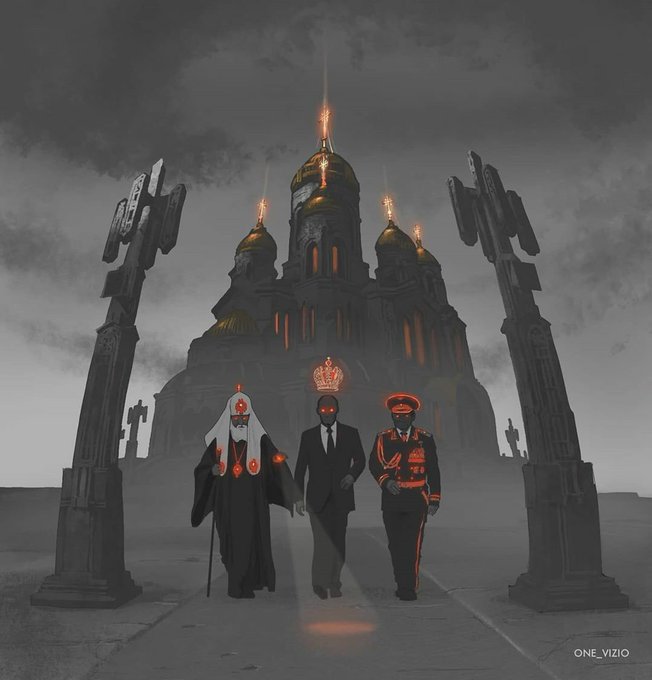 Christian fundamentalism has a growing element within it (often referred to as "the Religious Right") that practices the very thing it rails against in Islam: jihadism. It messages and moves with a "conquer the infidel" mentality.

"Infidels" in jihadist Islam are non-Muslims. '"Infidels" in Christian jihadism are any who are not part of the Religious Right....theologically, politically, racially, sexually, etc. "Conqueing the infidels" is a mindset variously interpreted and applied in the society and Church to do whatever is necessary to insure that the Religious Right prevails. For far-right Christian Jihadists, even democrats are considered Infidels.

Politicians and religious leaders in the Religious Right use jihadist rhetoric, and in some cases practice and/or condone (play down or ignore) violence done "in Jesus' Name." Our daily news increasingly shows this to be true. Fascism is clothed in Gospel language, just as it has been before in this nation and elsewhere in the world.

If we ignore this jihadist mentality, we do so to our safety and peril. Jihadism is the abdication of any commitment to the common good, replacing the holding of differences with the use of demeaning words and dangerous deeds against the designated "infidels."

When you hear words to the effect--"take the country back for God,"---or---"take the Church back for God"---or---"Let's make our country great again"... recognize you are witnessing a Christian jihadism.

A nation does not have an infinite capacity to absorb lunacy. The old statement is true, "What you are stuffed with, you soon become full of." We have a concerted group of Christian jihadists who would stuff us with their hateful views. They leave us no choice but to call them out and resist their efforts.

Upcoming elections are one way we can do this. We must vote Christian jihadists out of office and see to it that far-right jihadist Christian candidates are not elected.