This is How China helps Republicans in US elections 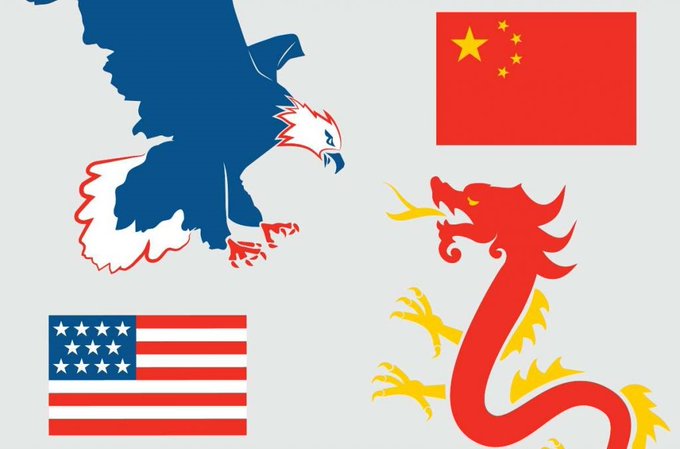 "Via: CNN and other sources"

Federal officials warn about efforts by China to sway US voters in midterm elections. Here is How:
Social Media:
Chinese government-affiliated operatives and organizations are promoting misinformation about the integrity of American elections that originated in the US ahead of November’s midterms, senior FBI officials said Monday.
The FBI assessment underscores how the explosion of voting conspiracy theories in the US has been fertile ground for foreign operatives since Donald Trump’s 2020 electoral defeat.

The recent Russian influence operations, which have been more pronounced than the Chinese, typically involve amplifying conversations that Americans have on social media or other platforms rather than creating new content, a senior official from the FBI’s Foreign Influence Task Force said Monday at a media briefing.

Voters in Quincy, Massachusetts, cast their primary ballots at the Fore River Clubhouse on Tuesday, September 6.

First on CNN: Election workers to be trained to deal with violence at polls as midterms approach

The FBI and other US agencies held a classified briefing last Thursday for election officials across the country, where foreign influence operations and concerns about violent threats to election officials came up, CNN reported last week.

Since Russia’s interference in the 2016 election, a range of foreign governments have shown more of an interest in shaping US public opinion or spreading disinformation in advance of US elections, according to US intelligence officials.

Iran, too, is willing to “take advantage of election-integrity narratives that come up in the US ecosystem,” the senior FBI official said Monday.

The concern now is that foreign operatives’ work is made easier by an increasingly fraught US political environment in which candidates routinely question the integrity of US elections. That concern was on display at Monday’s briefing, where a senior official from the FBI’s Cyber Division said the bureau was not aware of any hacking campaigns that specifically target US elections ahead of the midterms.

However, the FBI is “concerned that malicious actors could seek to spread or amplify false or exaggerated claims of compromises to election infrastructure,” the official said. “It’s important for all Americans to understand that claims of cyber compromises will not prevent them from being able to vote.”

Some officials were surprised by the extent to which Iranian operatives sought to interfere in the 2020 election. Tehran-linked actors allegedly impersonated the far-right Proud Boys and set up a website apparently aimed at stoking violence against US election officials.

While that level of activity hasn’t materialized this election cycle, the FBI is “keeping an … eye” on the extent to which Iran “opportunistically identifies options” to interfere in the 2022 midterm vote, said the official from the FBI’s Foreign Influence Task Force.

Eugene Yu, the CEO of the U.S. election software company Konnech, was arrested yesterday in connection to the storage of election data on Chinese servers.

He was arrested in Michigan by investigators from the Los Angeles County District Attorney’s office with assistance from the Meridian Township Police Department.

Thompson, who covers “misinformation and disinformation,” wrote about how “far-right election deniers” concocted an elaborate “conspiracy theory” that Konnech “had secret ties to the Chinese Communist Party and had given the Chinese government backdoor access to personal data.”

Near the end of the article, he dedicated a few sentences to Eugene Yu’s Chinese company, “Jinhua Yulian Network Technology, a subsidiary out of China, where programmers developed and tested software.”

“Konnech closed the subsidiary in 2021 and no longer has employees in China,” he concluded.

So I spent the last six weeks meticulously documenting everything that I could find about Jinhua Yulian Network Technology (金华宇联网络科技有限公司) in a series of articles.

While doing that research, another independent journalist discovered an archived version of Eugene Yu’s Chinese company’s website, "yu-lian.cn”, where Yu praised the vision of the former Chinese President, who he called “Comrade Jiang Zemin.”

On that same website, Yu boasted about his success with “Election Management Solutions Detroit” and “U.S. Overseas Voters,” as he wrote in Chinese:

“In line with the principle of "political tasks first and economic benefits of enterprises second," our company has perfected and formed the whole set of election management theory and software tools in line with China's national conditions.”

“We hope to ride on the spring breeze of political reform and provide you with election consulting services and election campaign management in line with China's national conditions based on our democratic election campaigns with Chinese characteristics.”

Catherine Engelbrecht of TrueTheVote and Gregg Phillips of OPSEC brought together about two hundred “researchers, independent journalists, and big thinkers” to share the story of their 15-month involvement with what was characterized to them as a “counter-intelligence operation” with the Federal Bureau of Investigation into Konnech.

Unlike so many corporate journalists, who unfortunately have become stenographers for the U.S. government and corporations that pay them, I looked into Konnech.

I found what caused Engelbrecht and Phillips to warn the FBI that Konnech is a “major national security risk.”

What was even more disturbing was that, according to Engelbrecht and Phillips, the FBI’s Washington D.C. office attempted to cover up this national security issue rather than investigate why Chinese nationals are programming U.S. election software.

“The problem is they know about this and chose to do nothing,” Phillips said.

This website belongs to Jinhua Hongzheng Technology, an election software company that is the premier voting technology provider for China’s National People’s Congress.

With more than 200 employees, Hongzheng Technology is partnered with Lenovo, Huawei, China Telecom, China Unicom, and China Mobile and operates in more than 20 provinces across China.

Scroll down five posts to April 2016, and click on the introduction page.

The company then writes: