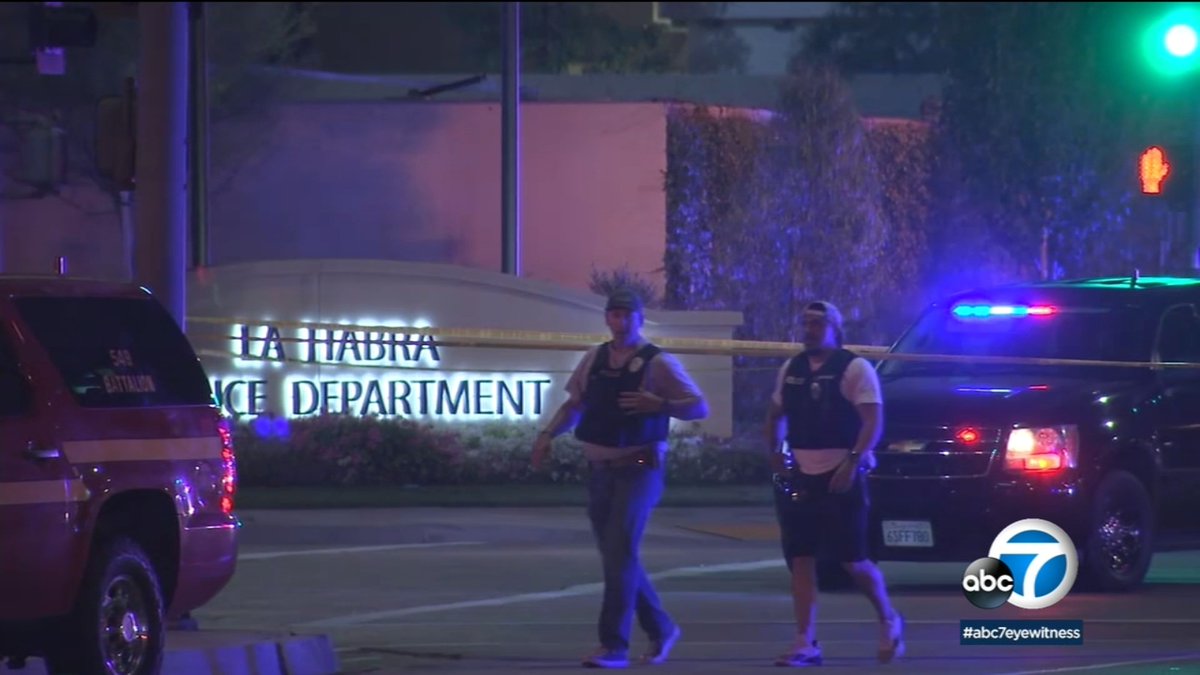 The incident began in the area of the 5 and 57 freeways, where a female motorist in a vehicle called 911 at about 7:05 p.m. Friday, then drove to the police department -- where she was followed by the suspect, according to the La Habra Police Department.

At some point an officer exchanged gunfire with the suspect, the department said in a statement.

"Everyone who was working responded and came to the aid of the officer,'' police Lt. Jose Rocha told City News Service.

Los Angeles County Fire Department paramedics responded just after 7:10 p.m. to the station at 150 North Euclid Street, according to a department spokesman.

The suspect was pronounced dead at the scene, and a firearm was recovered, Rocha said. Footage from AIR7 HD captured what appeared to be gun on the street.

Video from the scene showed several police vehicles spread out across the area as a large perimeter was established around the police station. Crime scene tape cordoned off the area, and a tent was seen covering the male suspect's body.

Authorities have not released the name of the suspect or the wounded officer.